After being unable to rehearse since lockdown began in March 2020, we have recently restarted rehearsals in September 2021.

We were able to start performing in 2022 after a long absence.

20th May: An Uplifting Choral Concert at Chelmsford Cathedral

Due to continued lockdown, rehearsals were only able to restart in September. We hope to perform a small informal concert for family and friends in December. The choir were able to  make a donation to the local foodbank, and also to Barrow Farm Riding for the Disabled, in memory of one of their members.

We started well with our new musical director, Tim. Unfortunately we had only managed a few rehearsals before the pandemic took hold and we were forced to suspend the choir as the country entered lockdown. We were only able to restart rehearsals in September 2021.

This was an amazing thirtieth anniversary year for the Swift Singers.

We performed a variety of concerts in the UK and in Spain and fundraised for several charities.

Sadly we also said goodbye to our fabulous musical director, Clive, who has been with us for 25 of the last 30 years, at the end of the year. We wish him well in semi-retirement and hope that he now has the time to devote to his composition work and look forward to hearing his new works soon!

We started the year by providing the music for one of our members wedding, it was a lovely afternoon.

April saw us performing in Maldon and it was a very successful concert. The Maldon URC has amazing acoustics! We were able to make a donation of £250 to Action for Family Carers, which was presented by our Chairperson, Philippa, to Denise at our rehersal on 11th June. 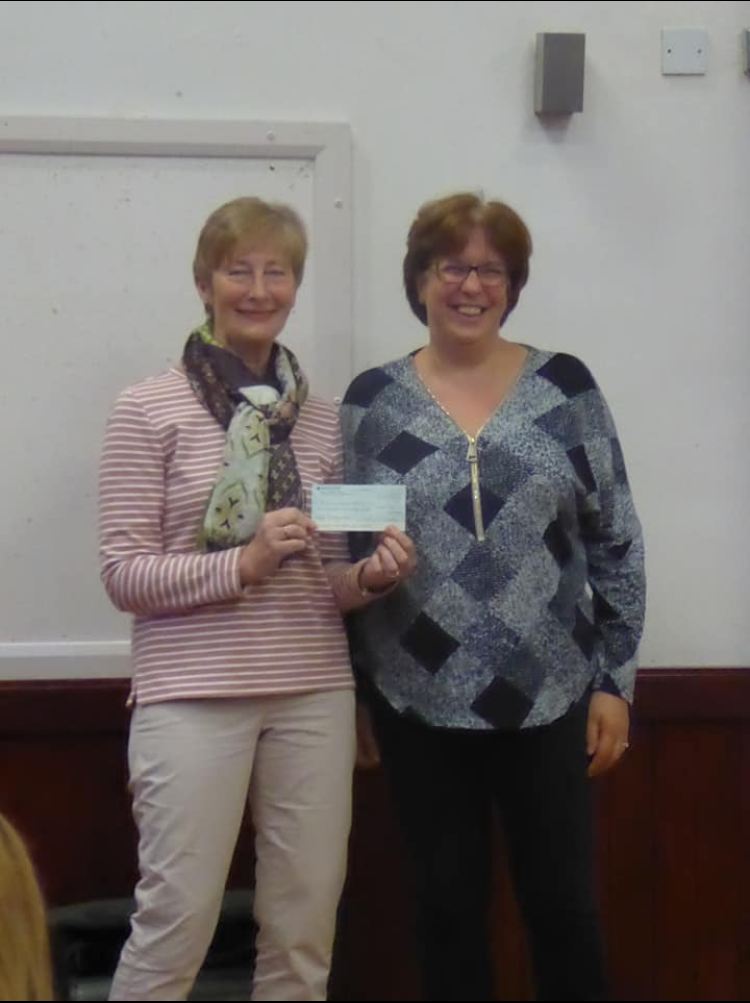 We enjoyed bank holiday bingo in May, which was a great fundraising afternoon.

In June the choir travelled to Croydon to perform a joint concert with the Croydon Male Voice Choir, a regular fixture in our calender, and always a fantastic evening.

The commitment and hard work preparing for our 30th anniversary concert in July at the William de Ferrers Centre paid dividends and we had an amazing evening! This was a spectacular concert, show-casing our talent, and featuring talented local guest musicians. A fantastic night was had by all.

In September members of the choir travelled to Spain to perform two concerts. Both were well received and the weather was lovely! A good time was had by all.

In December we ran a Christmas wreath-making workshop and performed our Christmas concert in the William de Ferrers Centre with the Leigh Orpheus Male Voice Choir.

We were delighted to achieve two gold and one silver awards at the Leigh music festival, competing in the acapella, community and two part harmony categories.

The Sperrin Choir joined us for a lovely return concert in Maldon this summer.

Shortly after this, we enjoyed a successful joint concert with the Chelmsford Male Voice Choir and hope to sing with them again in the not too distant future.

In December we joined  with Grammaticus to perform One Bright star and Nativity, The Ancient of days, both composed by our Musical Director, Clive Smith, in celebration of his 70th birthday year. We were also joined by Buttsbury School choir and a number of Clive's musical friends. We had a full house!

We held an extremely successful Lunchtime concert in Chelmsford Catherdral- we have been invited back in 2019. We also visited our friends, The Sperrin Choir, for a joint concert with them in Northern Ireland.

We held our Senior Citizen concert in South Woodham Ferrers.

Concert in support of Womens Aid.

We celebrated our 25th Anniversary with a  spectacular concert in the William de Ferrers Centre.

The first performance of Nativity, The Ancient of days, at Danbury Mission

Trip to Germany, to perform again with Caroline Admeit-Gadd.

We had a very full programme of concerts in 2012 including our regualr performances for older residents of South Woodham Ferrers and a concert in Maldon with Caroline Ademeit-Gadd.

We were disappointed that our trip to the Choir of the year competition was cancelled due to the snow but looked forward to more challenges in 2013.

Three concerts already this year with a Golden Wedding surprise party as well. Our Committee changed slightly this year and we said goodbye to Barbara Whybrow but welcomed back Gill Owen and Marina Partridge. Margaret Small is now our Chairman, with Chris Hutson (Treasurer) and Carol Selwood (Secretary) ably assisting her as Officers. Two great concerts this year were held – one in May in the presence of the Mayor and Mayoress of Chelmsford in support of Essex Air Ambulance and one in November in support of Amnesty International with all proceeds to both charities. 2011 also saw the launch of our Christmas CD priced at £8 lots of lovely wintry songs for you to listen to on the sofa on those long winter evenings!

This year saw us with a full programme, including our Senior Citizens concert in February, an away trip to Croydon to sing with the Croydon Male Voice Choir and a wonderful Strawberry Cream Tea concert in Maldon at the height of the summer. We entertained the Leigh Orpheus Male Voice Choir in July at Christchurch in Chelmsford where we staged a joint concert to a packed audience. The highlight of the year must go to the trophy we won at the Isle of Man Festival of Choirs – what a great weekend in September! Obviously we were very disappointed to cancel our Christmas concert at the Holy Trinity Church but the heavy snow prevented us from doing so.

Our Anniversary Year began with our regular afternoon concert in February for our Over 60’s residents in South Woodham Ferrers and surrounding areas where we provide tea and cakes and tickets are at ‘give away’ prices. This concert is always popular and we struggle to accommodate.

Our next concert was in Maldon, Essex and we were joined by the Honley Ladies Choir from Yorkshire and The Cavender Singers from Clacton, Essex. The Swifts had visited the Yorkshire ladies in 2008 where we were warmly welcomed and we wanted to reciprocate with our own unique form of Essex hospitality. Rumour has it that everyone had a good time – not forgetting the audience!

The climax of our year was a little bit self indulgent. The ladies and a few of our own special VIP guests were treated to a magnificent lunch in The New Hall School, Chelmsford. Dressing up in our finery was the order of the day and we had various speeches. It was lovely to see some familiar faces and listen to guests recalling their own particular memories. We also unveiled our new uniforms for the evening concert – where guests arrived at 6pm to be greeted with wine and canapés in the grounds and a harpist playing. The Mayor and Mayoress of Chelmsford enjoyed a wonderful concert with a mixture from our repertoire past and present ranging from Stage and Film and Renaissance to Elgar with a few surprises on the way! This was followed by more wine and chatting!

Since September we have been learning a complete new repertoire and as we have now grown to over 70 choristers, it has helped the new ladies to have several rehearsal nights of pure note bashing!

The Swifts enjoyed a certain amount of success in the Television Programme “Last Choir Standing” – when we reached the last 60 choirs from hundreds of applications and actually went to London to sing in front of a panel of music experts including Russell Watson, with Nick Knowles and Myleene Klass as presenters. Our new CD “Reflections” was also released and includes such favourites as “Memory”, “Send in the Clowns”, “Fields of Gold”, “You Raise Me Up”, “Ave Maria” and many more.

A BIT OF BACKGROUND! We have been entertaining audiences in the United Kingdom and Europe for 30 years, since 1989 and we have grown in reputation as well as members. At our inception, it was decided to call the choir S.W.I.F.T. (an acronym for South Woodham In Feminine Tune) but that was dropped because we had enough to cope with learning all new words and music let alone explaining to everybody why we had dots in between the letters! So the Swift Singers Ladies Choir was formed – with 22 members at our first concert a year later (consisting of all Andrew Lloyd Webber numbers) in 1990. Dave Brooker was our Musical Director. 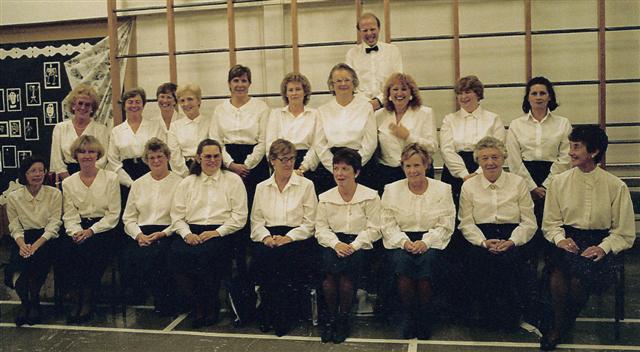 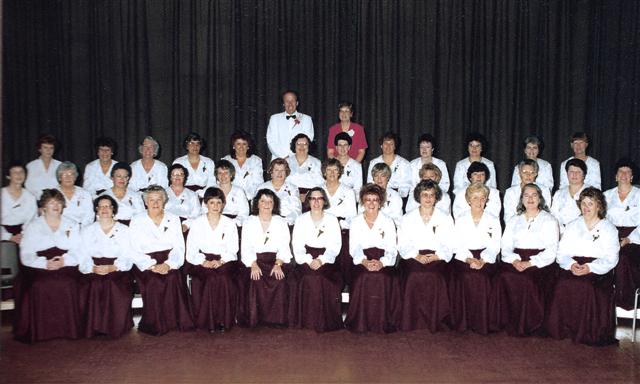 Since those humble beginnings the Swifts have gone from strength to strength.